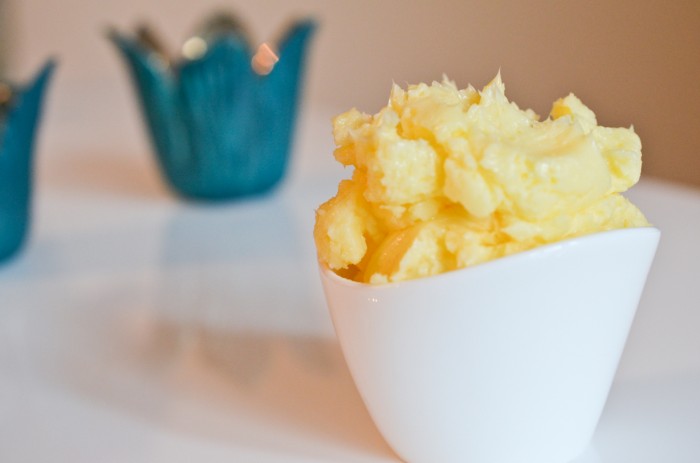 We’ve all made mistakes before. Well, unless you are some sort of superhero, then maybe you haven’t. But if you are like me, a mere mortal, then you’ve made your fair share of mistakes. Once as a child I misread a recipe for Spanish Devilled Eggs I was making for my mother for her birthday. The recipe called for 1 tablespoon of flour to be added to the stewed tomatoes but I added 1 cup instead. My mother was kind enough to eat the thick pasty goo and actually compliment me on it. Thanks mom for your support! 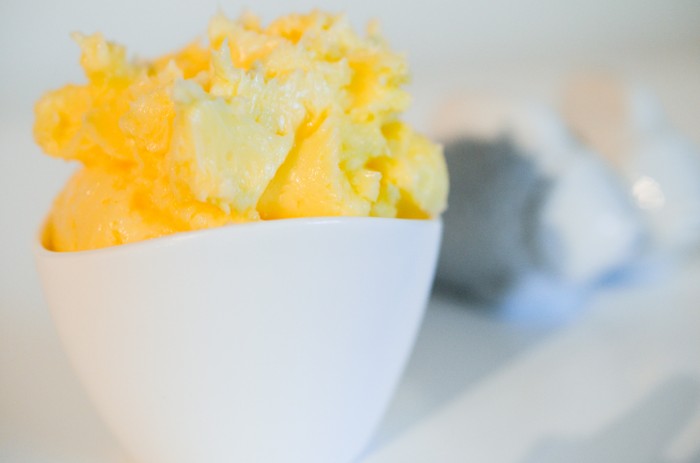 Today’s mistake was, thankfully, not nearly so tragic. In fact, it may very well be one of the best mistakes I have ever made. While whipping cream for a chocolate semifreddo, my new high-powered beaters quickly turned the cream, not into whipped cream, but into butter. Yes, it’s what my mother and my grade 8 Home Ec teacher had always warned me about: don’t over beat the cream! I wasn’t super impressed as I watched the cream separate from the fat, knowing that I would have to get on my bike and ride to the grocery store for another cup of cream. But since I can’t stand to waste food, especially food as rich and yummy as butter and cream, I kept beating away. I strained off the milk and tasted the soft, just made butter. Wow. No seriously, wow. If you haven’t already done this I suggest dropping whatever you are doing and start whipping cream. Right now. Don’t stop till you have butter. It is all the goodness of butter with a slight taste of cream and all the while the softest creamiest thing ever. I could eat it by the spoonful. Not saying I did, though.

Homemade butter is very easy to make and so much better than store-bought.

The liquid that you drain off is fresh buttermilk. It’s delicious to drink as is or to save for another recipe.

Will keep for 1 week in the fridge

* The liquid that you drain off is fresh buttermilk. It's delicious to drink as is or to save for another recipe.

posted by Kristen Stevens on September 22, 2011