This crispy-skinned, Pan Fried Chicken and Mushrooms is the ultimate feel-good comfort food. The chicken is seared in a skillet with loads of mushrooms then served over an easy to make cauliflower mash. It's a healthy dinner recipe that is so delicious. It's also naturally paleo + low carb + Whole30 compliant.

I know that summer is calling our names and coaxing us outside to our grills, but sometimes you just need a good pan fried chicken recipe.

I'm talking about salty, crispy skin, juicy chicken, and mountains of mushrooms all served over creamy mashed … cauliflower. Whoa, hold on there, my friend. Please don't run away yet!

Cauliflower is at it again, making itself out to be something it's not. It's not going to fool you completely this time, but it's a damn good impersonator. I'll take the slight cauliflower taste for all the low carb/ high nutrition it offers.

If the idea of pretending cauliflower potatoes is too much for you to handle, go ahead and make this pan fried chicken with regular ol' mashed potatoes. No harm there! 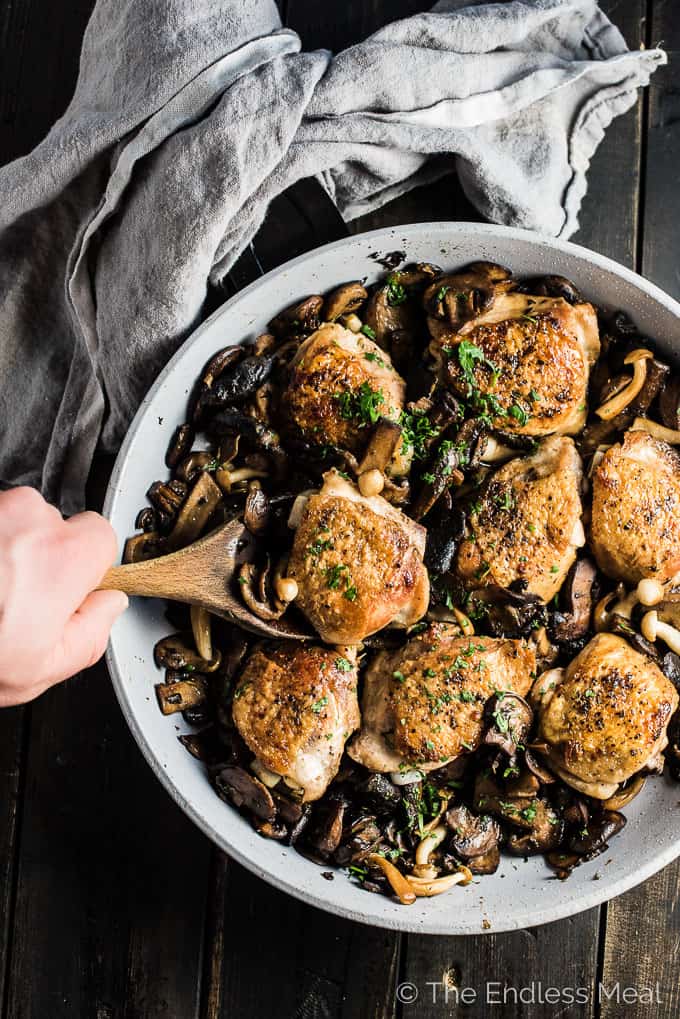 This recipe, which turned out to be more of a no recipe, throw everything in a pan and cook it dinner, was a staple during my Whole30 Adventure. It's a healthy dinner recipe that doesn't leave you feeling like you're missing out. Full on meat and potatoes (err … cauliflower) here.

I think that's what I loved most about doing The Whole30 Program. I never felt like I was missing out because all of the food I ate was the back to the basics recipes I grew up with. Almost all of my dinners were based on the old principle of meat, veggies, and a carb.

It's the way my mom used to cook for us when we were kids. There would always be a protein, one carb (usually potatoes or rice) and two veggies (usually carrots and often peas). 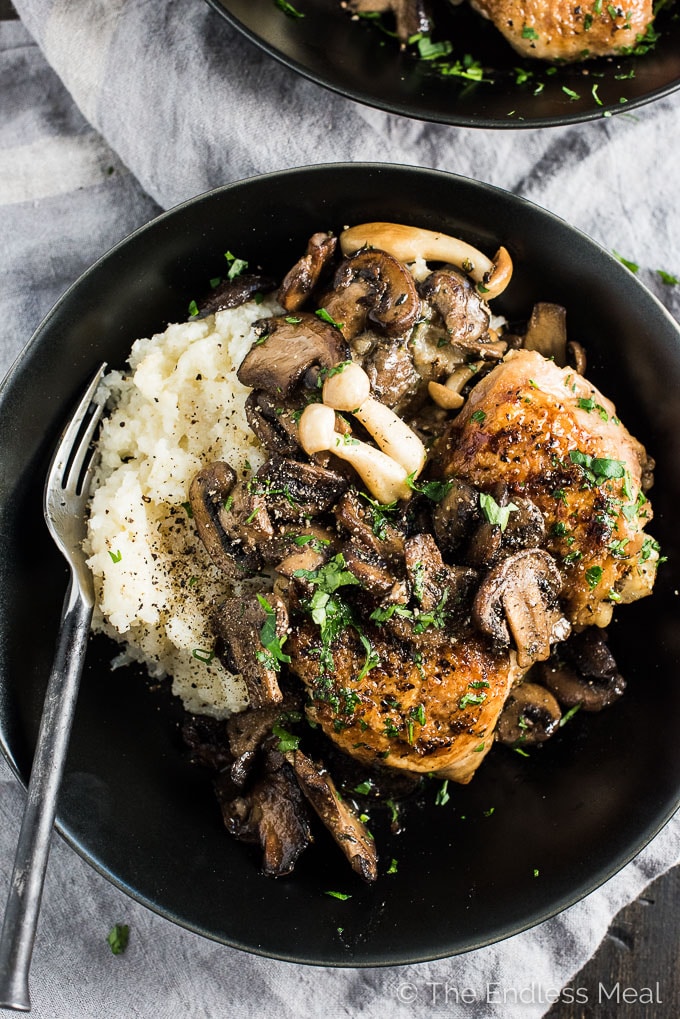 See those cute little mushrooms in the picture? Are they not the best ever? They're called Shimeji mushrooms and I think they are ADORABLE!

They're sold in small, clamshell packages like the ones you buy alfalfa sprouts in. They come with their roots intact so before you cook them you cut them from their roots. I like to keep some of them in pairs so they look like little forest mushrooms. ← Back to that adorable thing again.

I live on the edge of Chinatown so finding them in my neighborhood is never an issue. They're almost as common as button mushrooms in the stores I shop in. If they're not available near you, don't sweat it. Use whatever mushrooms your store sells. 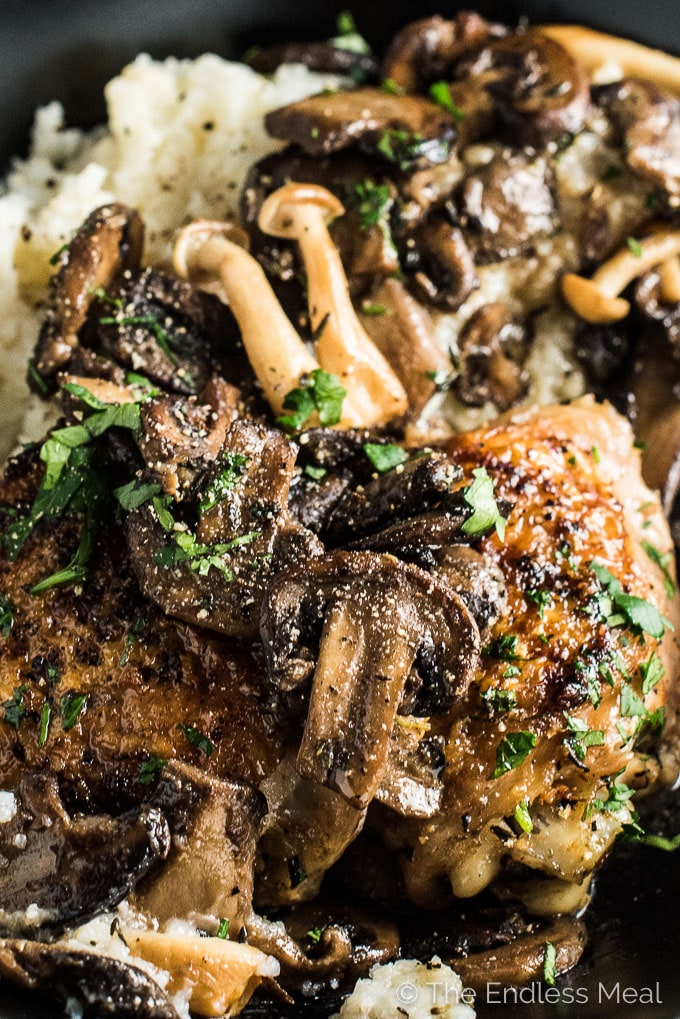 If you make this Pan Fried Chicken and Mushrooms make sure you snap a pic and tag #theendlessmeal on Instagram so I can like and comment on your photos. I love seeing TEM recipes you create!

This crispy skinned, Pan Fried Chicken and Mushrooms is the ultimate feel-good comfort food. The chicken is seared in a skillet with loads of mushrooms then served over an easy to make cauliflower mash. It's a healthy dinner recipe that is so delicious. It's also naturally dairy free + paleo + low carb + Whole30 compliant.

4 comments on “Pan Fried Chicken and Mushrooms with Cauliflower Mash”