Carrot Ginger Salad Dressing is the delicious Japanese salad dressing that you get at your favorite sushi joint. It's a super easy to make blender salad dressing recipe that you can whip up in five minutes. You will LOVE it!

You know that always incredibly delicious carrot dressing that every Japanese restaurant around the world (or at least the ones that I've been to) serves on their salad? This is it.

I know I called this carrot ginger salad dressing, but it's a bit misleading. It really should be called Carrot Ginger Put This On Everything You Eat Sauce, but that's a bit of a mouthful to say.

It's so creamy and delicious that I've been known to eat it by the spoonful before it ends up on my salad. Even my little girl will run into the kitchen and point up at the blender as I'm making this and say, “Taste mommy, taste!”

So this Japanese carrot ginger salad dressing is kid-approved. At least by my toddler. I'll pour it on a salad while she'll use it as a dip for her tomatoes, peppers, and cucumber slices. 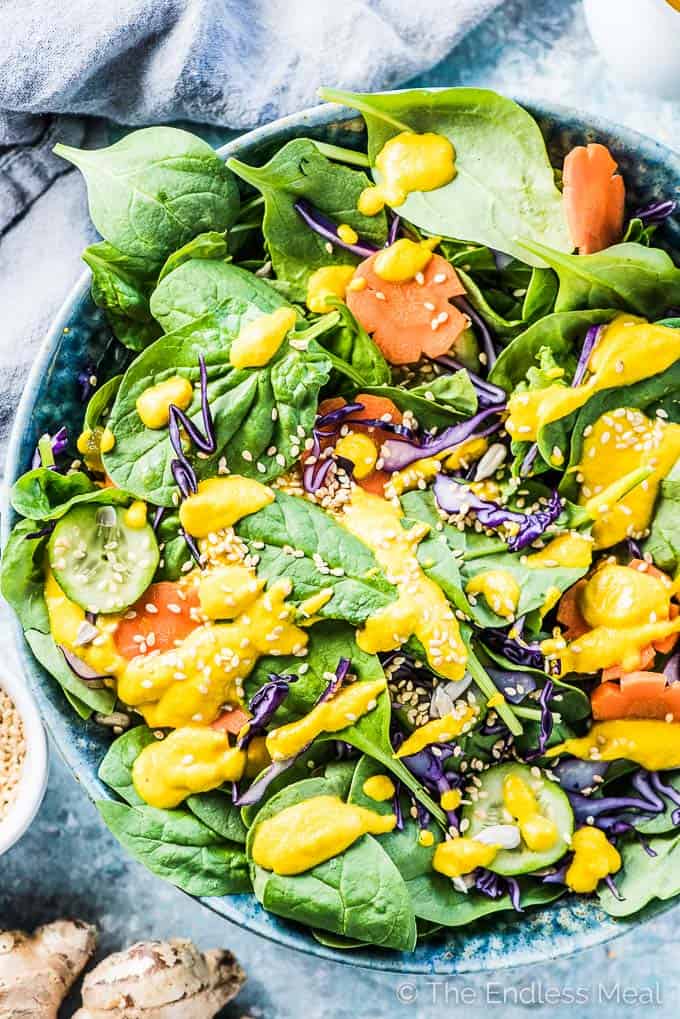 Why you need to make this carrot ginger salad dressing: 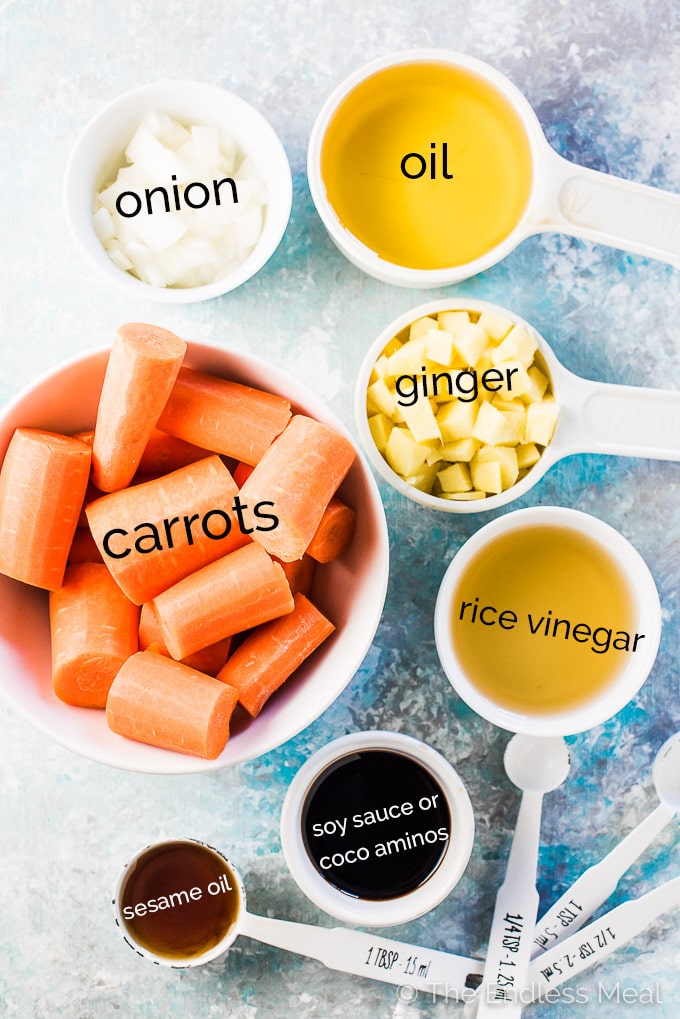 Are you ready for it? Brace yourself for this one.

And you didn't just make any old Japanese salad dressing recipe. You made the best one. (I've tried quite a few and this one is my fav!)

When I first shared this carrot ginger dressing recipe with you it was back in October 2012. You'll see in the pic below that it looks a little chunkier than the new version.

That's because it was made in my pre-Vitamix days. Even though it wasn't as smooth as it is when I make it now, I loved it just as much back then.

So don't worry if you don't have a high-powered blender. The dressing won't be quite as creamy but it will still be every bit as delicious. 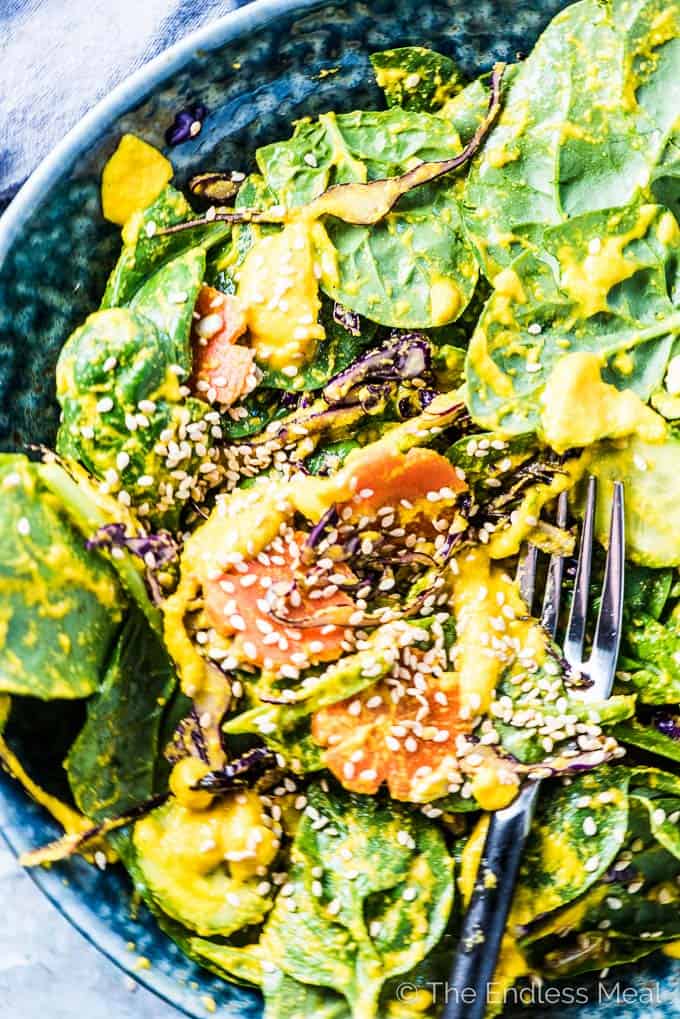 Carrot Ginger Salad Dressing is the delicious Japanese salad dressing that you get at your favorite sushi joint. It's a super easy to make blender salad dressing recipe that you can whip up in five minutes. You will LOVE it!

Pin to save for later! 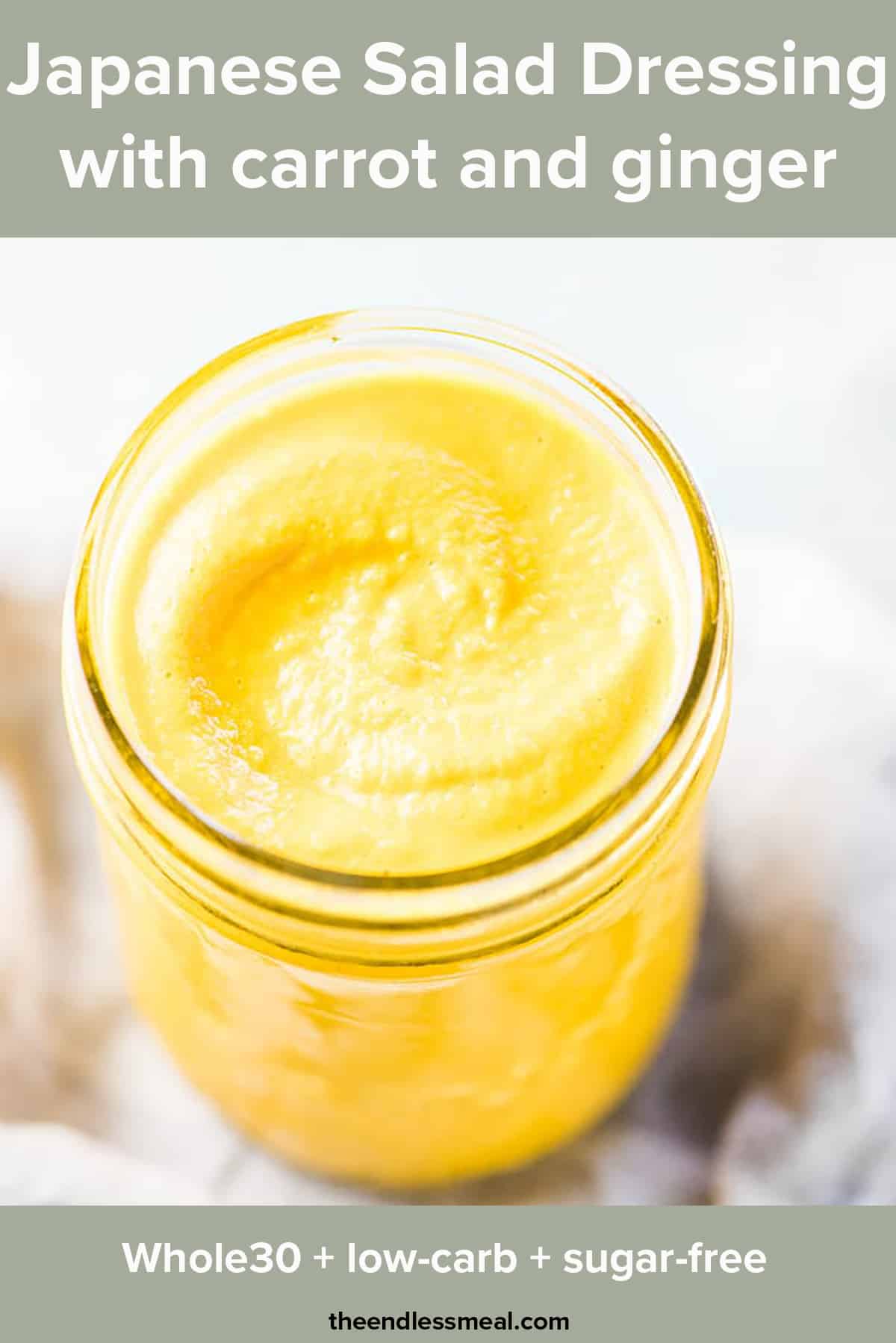