I've always had a crush on chocolate mousse. As a child, it would be the first thing I would grab from the dessert bar at a buffet dinner. It would almost always be 1980's fancy, spooned into a wine glass and topped with a strawberry. I hardly ever order dessert anymore (guess I misplaced my sweet tooth somewhere along the way) but if there's chocolate mousse on the menu chances are pretty good I'll find room for it. 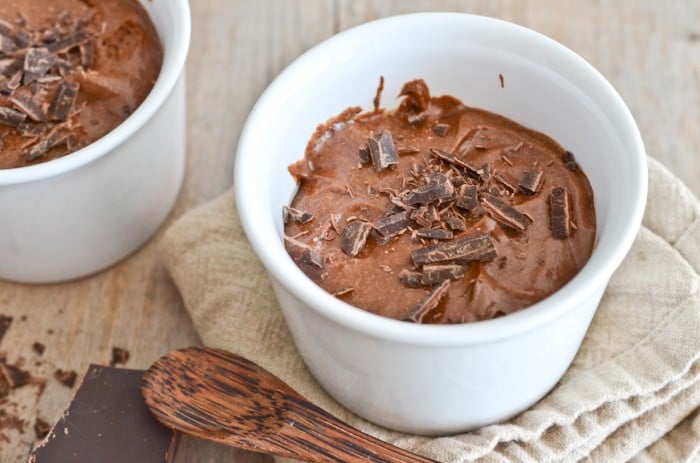 I was approached several weeks ago and asked if I would be interested in joining JC100, a culinary celebration leading up to Julia Child's 100th birthday. Slightly intimidated and with visions of flopped soufflés and burned beef bourguignon, I accepted the invitation. I admit to feeling relieved when this week's recipe to cook was chocolate mousse. I can do chocolate mousse (and so can you.) It's actually pretty easy, so don't feel intimidated. 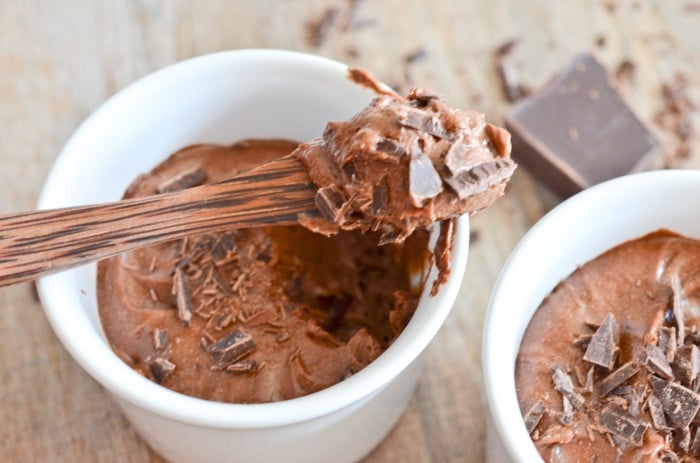 I swapped the orange extract for a splash of brandy. If you're like me and more likely to have booze on hand than flavor extracts, add what you think would taste great. Coffee liquor? Grand Marnier? Creme de Menthe? Whiskey? Or leave it out entirely.

Yield: 10 servings (½ cup each)
Prep Time: 20 mins
Cook Time: 15 mins
Total Time: 35 mins
Learn how to make Julia Child's chocolate mousse. It's a rich, sweet and super decadent dessert. It's also much easier to make than you might think!

After eating half a serving of this, I realized it is actually too sweet for my taste. Next time, I'll use less sugar or a darker chocolate. If you're like me and don't have much of a sweet tooth, reduce the sugar by at least half 🙂 Excerpted from Mastering the Art of French Cooking by Julia Child. Copyright © 1961 by Alfred A. Knopf. Reprinted with permission from the publisher Alfred A. Knopf, a division of Random House, Inc.
Serving: 1 serving = ½ cup, Calories: 322kcal, Carbohydrates: 25g, Protein: 3g, Fat: 22g, Saturated Fat: 13g, Polyunsaturated Fat: 1g, Monounsaturated Fat: 6g, Trans Fat: 1g, Cholesterol: 103mg, Sodium: 148mg, Potassium: 128mg, Fiber: 1g, Sugar: 22g, Vitamin A: 529IU, Calcium: 25mg, Iron: 1mg
DID YOU MAKE THIS RECIPE?If you love this recipe as much as we do, be sure to leave a review or share it on Instagram and tag @TheEndlessMeal.

The original Julia Child's Chocolate Mousse Recipe, generously shared with us by Alfred A. Knopf.