This simple Stir-Fried Okra side dish is a healthy, delicious, and foolproof way to serve okra. It is flavored with garlic, chilies, and lime for an amazing flavor combo. As a bonus, it's vegan and paleo too!

Okra must be properly cooked to be worth eating.

Okay, that goes for any vegetable out there. The only difference is that okra, when it's NOT cooked properly, can be particularly, ummm, gross. Yep, I said it.

But … with a quick pan fry all that stickiness that gives okra a bad rap seems to vanish. What you're left with are bites of greens that have just the right amount of chew left and tons of flavor from all the other things you've stir-fried them in.

I've been obsessing with these flavors ever since I shared the recipe for Coconut Oil Fried Brussels Sprouts with Garlic, Chilies, and Lime with you a little while back. This recipe uses a whole lot less coconut oil but keeps the spicy, garlicky, tangy tastes.

I should mention that this flavor-packed (and healthy!) side dish takes only 15 minutes to whip up. Awesome, right?!

If you've ever had a bad experience with or been uncertain about trying, okra, this is a great recipe to make. 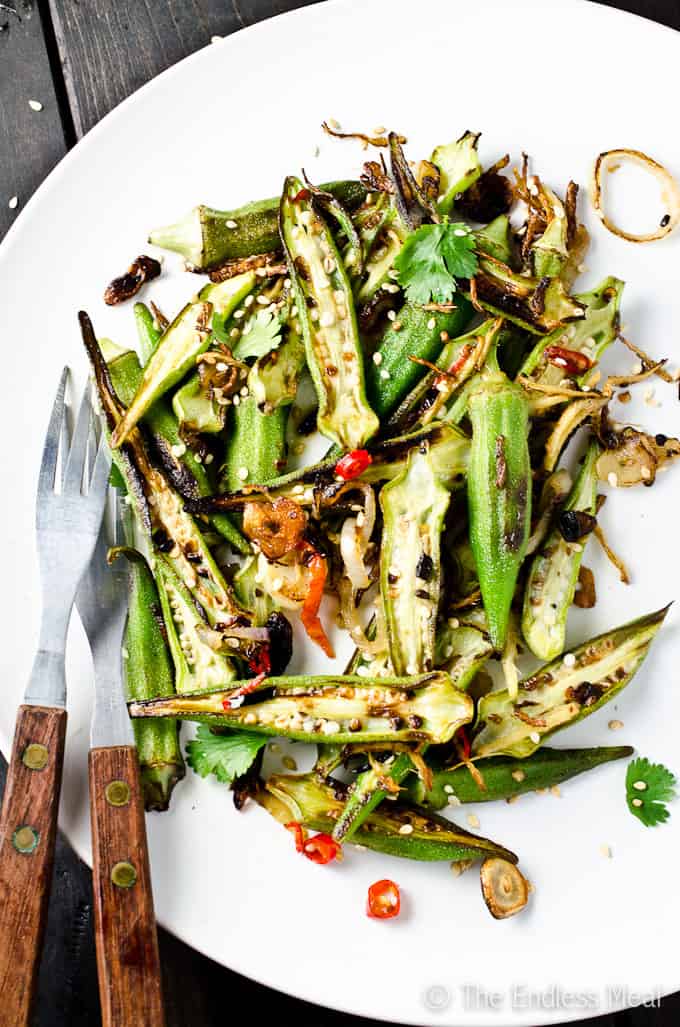 I'll admit, I'm not a southern girl who grew up eating okra in every dish imaginable. (Or at least that's what I imagine a southern American girl would eat. True?) It wasn't until my early 20s that I even tried okra, and that first experience wasn't a good one. It was the texture I just couldn't get over.

I tried it a second time when my good friend Basil invited me over for dinner. He served a Middle Eastern okra stew that his mom used to make for him when he was a kid. It was awesome. No weird slimy texture in sight.

It really is all about how you cook it. 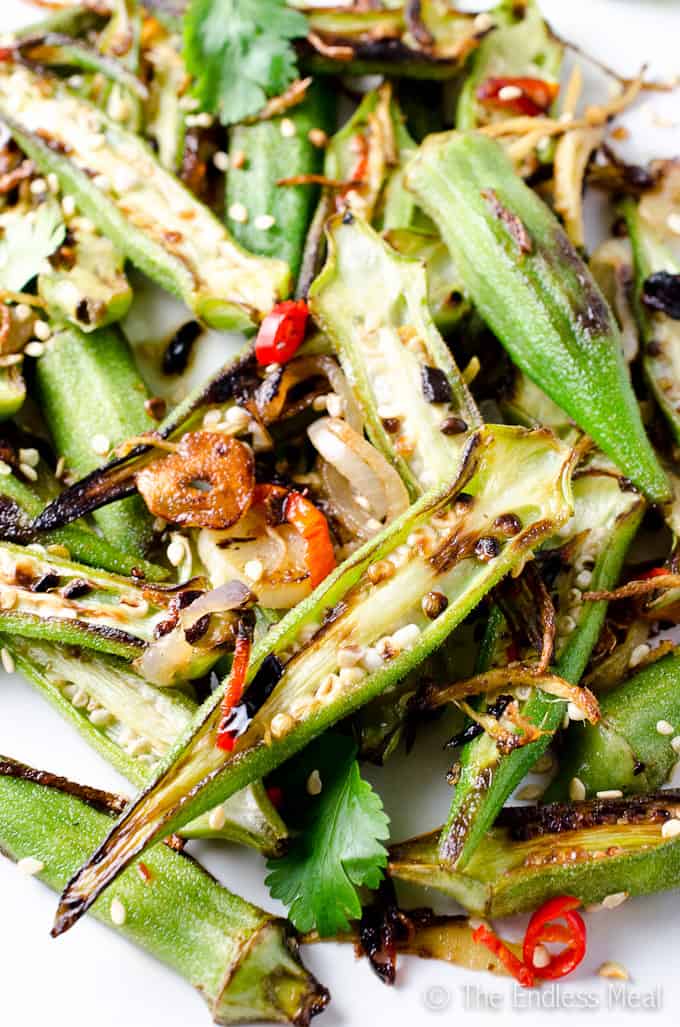 In this recipe, the trick is not to crowd the pan. You don't want to steam them, but rather sear them quickly. See all those deliciously browned bits? That's where the flavor lies.

And the garlic, shallots, and chilies add a whole wallop of flavor too.

About the chilies … Two chilies in this dish are spicy. Not going to lie. It will burn your tongue in the most delightful way. If you're less of a masochist, you'll want to use fewer chilies, or perhaps just remove their fiery seeds. 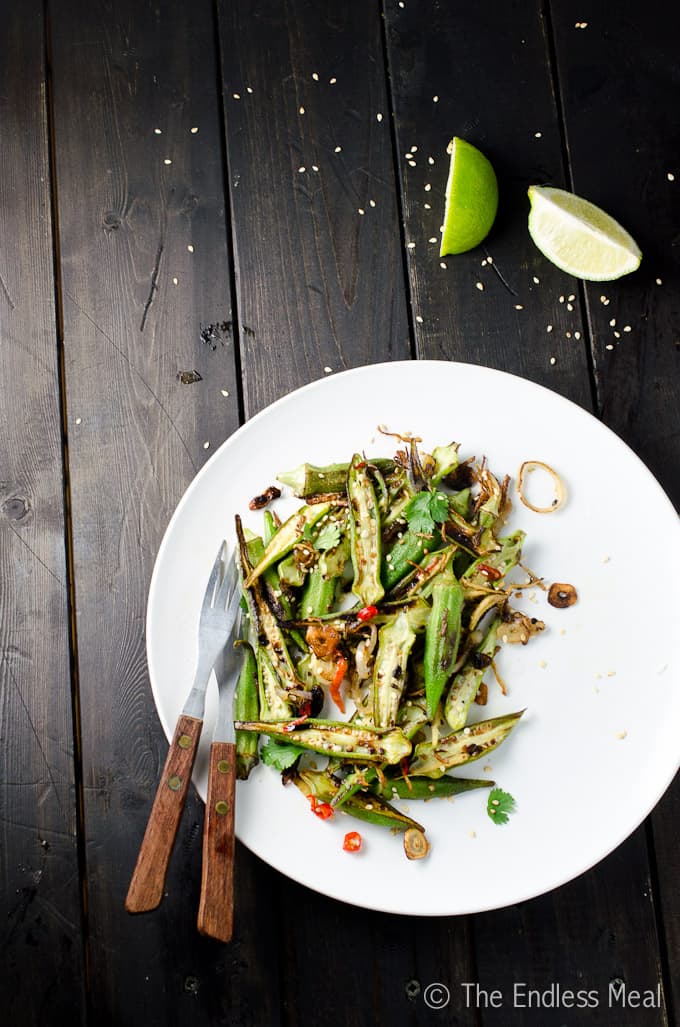 Other Delicious Vegetable Side Dishes:

This simple stir-fried okra side dish is a healthy, delicious and foolproof way to serve okra. As a bonus, it's vegan and paleo too!

8 comments on “Stir Fried Okra with Garlic, Chilies and Lime”