This delicious Coconut Turmeric Latte is the ultimate healthy indulgence. It tastes like a creamy dessert coffee but is so good for you. Don't worry, even though you don't taste the turmeric, you still get all of its health benefits. 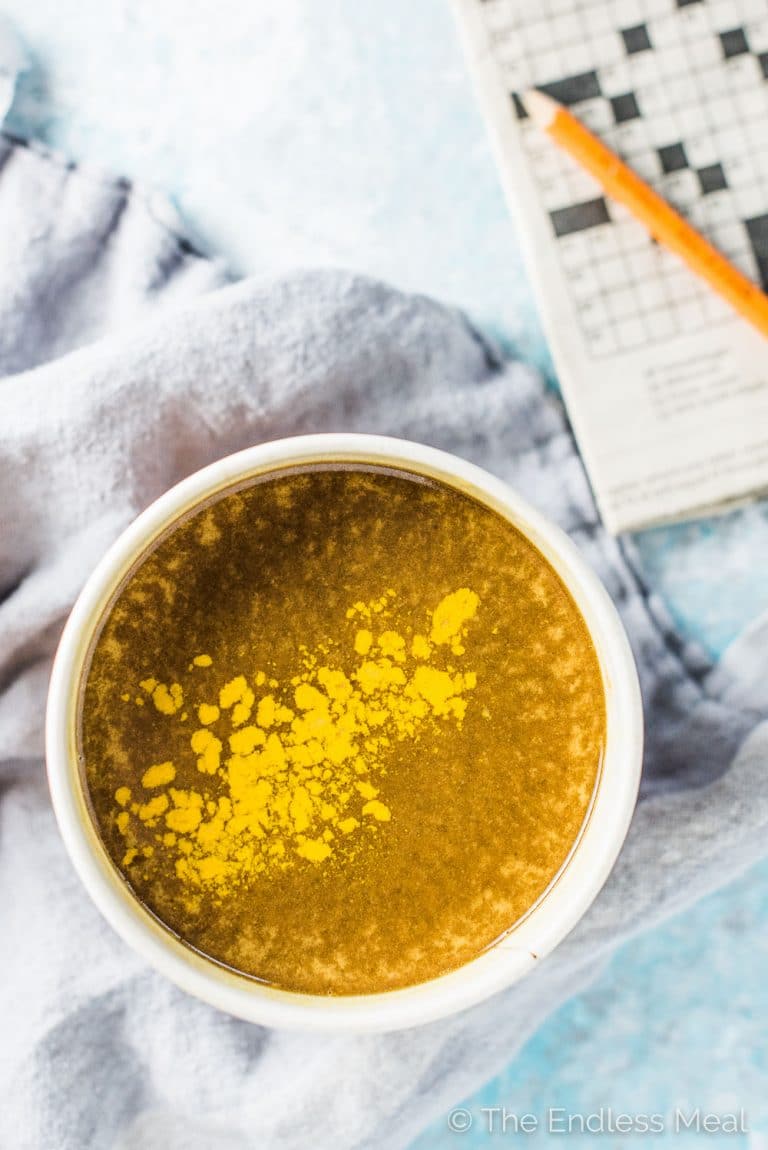 Ok friends, I'm crossing my fingers that you can have a little faith and hear me out a moment. I'm 100% aware that a turmeric latte sounds like the weirdest thing ever. Honestly, what is wrong with my brain that I thought turmeric should go in coffee?

Here's the real deal … as strange as a turmeric latte sounds, it is really and truly delicious. I'm being totally serious here!

Coffee has such a strong flavor that the turmeric is barely detectable. But even though you don't taste it, you still get all of its healthy anti-inflammatory and flu-fighting properties. ← SO important this time of year.

(BTW if you're feeling under the weather and need to kick it up a notch, make a big batch of my Magic Turmeric Tea. You'll feel better in no time!)

What this turmeric latte tastes like is a creamy, slightly coconut-y coffee. It's kinda insane how delicious it is. I made it for my handsome man, whose face was nothing short of alarmed/ confused/ horrified when I said I was going to put turmeric in his coffee, and he ended up loving it. 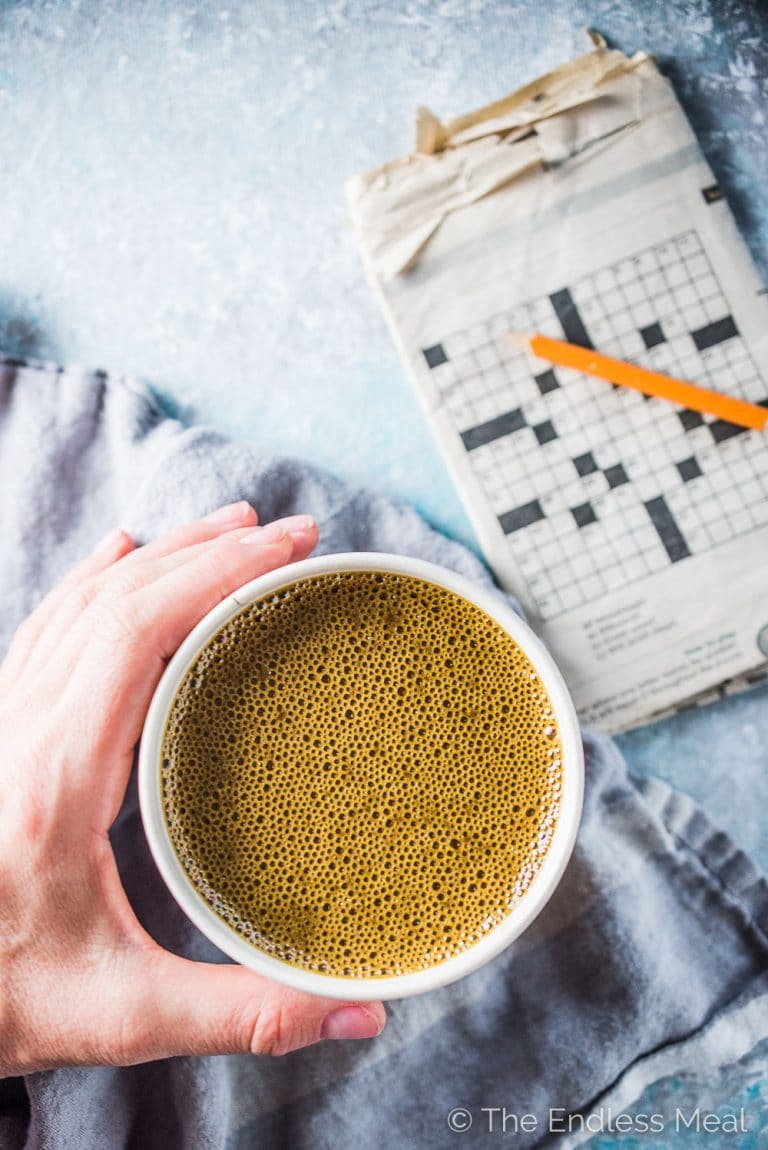 I used my Pumpkin Coconut Latte recipe as the base for this one. It's basically a Bulletproof-esq coffee. Have you had a Bulletproof coffee before? It's brewed coffee blended with butter and coconut oil.

The first time I had heard of putting those two things in my coffee I was all kinds of skeptical. Years ago, I had some salted yak butter tea in the mountains in Nepal. It was offered to me as I sat on the steps of my guide's family's home and it was all I could do to politely choke it back. I was sure that putting butter in coffee would taste the exact same, and I wanted none of it.

Thankfully I was wrong. Even when I use salted butter, it still tastes delicious.

But … there's no butter in this recipe. It's 100% dairy-free and vegan and all that jazz.

So back to this coconut turmeric latte …

Even though I've left the butter out (you could totally add some in, if you want) it's every bit as creamy. Something magical happens when you blend coffee with coconut oil. Instead of becoming oily, which makes sense, it becomes creamy and frothy.

It's a truly dreamy (and addicting!) way to start your morning. Once you try it, you'll wonder why you've never had it this way before. And you'll want it every day from now on. ← Truth!

If you love this Coconut Turmeric Coffee as much as I do, don't forget to leave a 5-star rating in the comments below!

This delicious Coconut Turmeric Latte is the ultimate healthy indulgence. It tastes like a creamy dessert coffee but is so good for you. Don't worry, even though you don't taste the turmeric, you still get all of its health benefits.

Pin this turmeric latte recipe to save it for later!