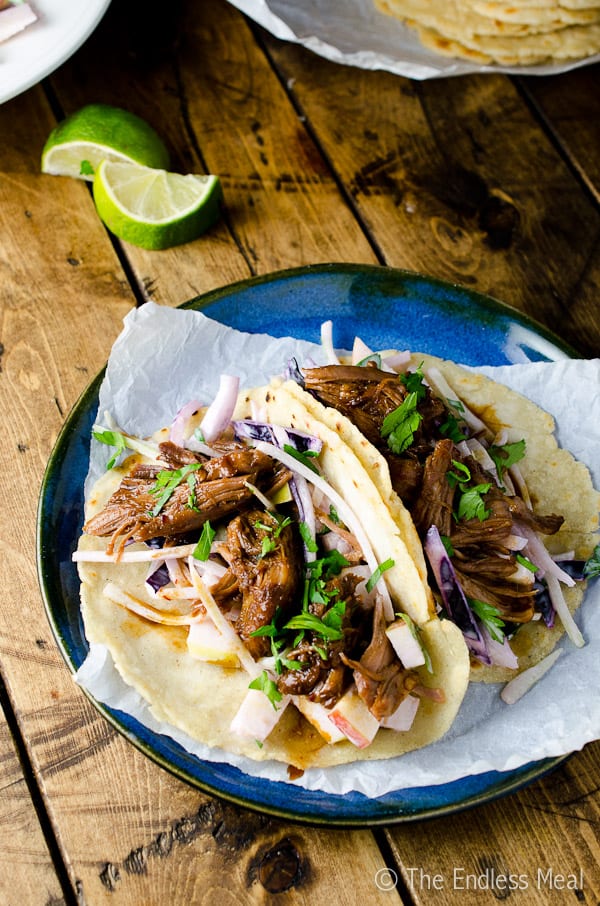 Between mouthfuls of sweet, tender pork, crispy apples, chayote squash and soft homemade corn tortillas, I am one happy girl. A girl with drippy sweet and spicy chipotle pork sauce running down her fingers, and a belly full from not being able to stop myself from having one. more. taco. again. 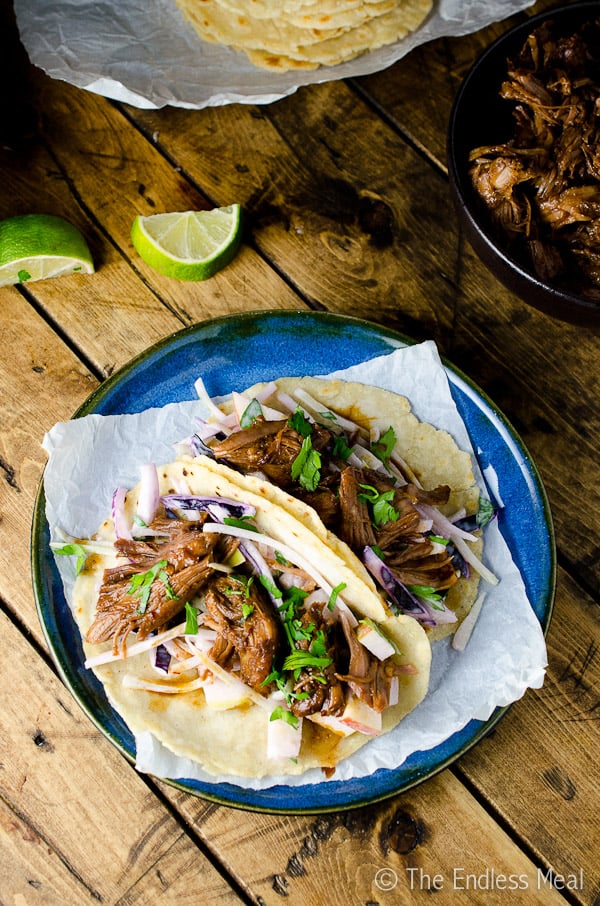 This whole delicious thing on my plate right now started with a chayote squash I got from a very good friend of mine. His father has a farm close by and grows just about every vegetable I've ever heard of, and some I haven't. Like this chayote squash, how have I never heard of it before? Have you ever seen this prickly thing that looks a little like an alien about to throw a punch?

When it's eaten raw it is like a cross between jicama and cucumber. It's juicy, crunchy, and a little sweet. Perfect for coleslaw.

If you're in or around Vancouver you can pick up chayote squash from:

It is by appointment only so make sure you call before you head out on your chayote squash hunt. 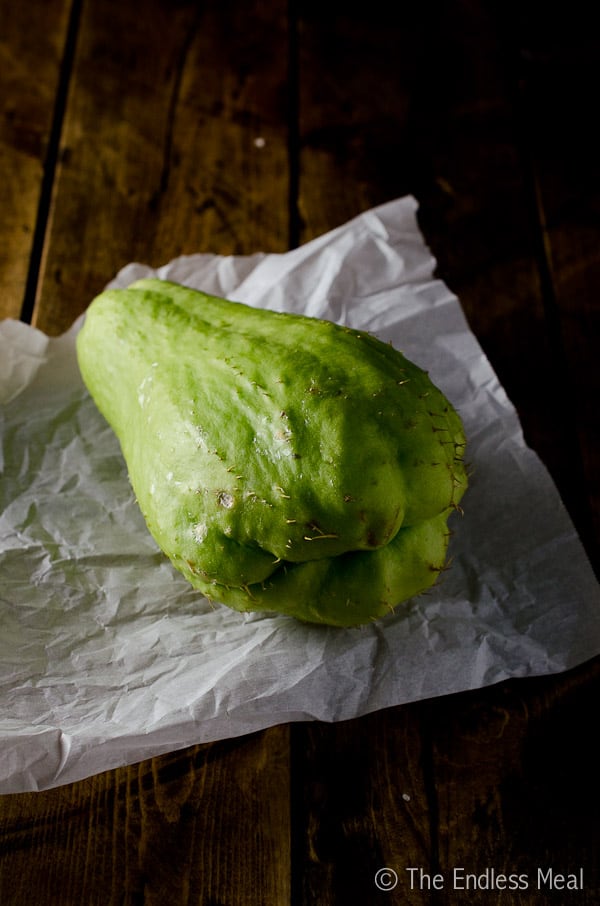 You'll want to peel the skin. It is edible but those thorns you see are pretty spiky and I can't imagine they would feel good in your mouth. The soft seed inside is edible too. 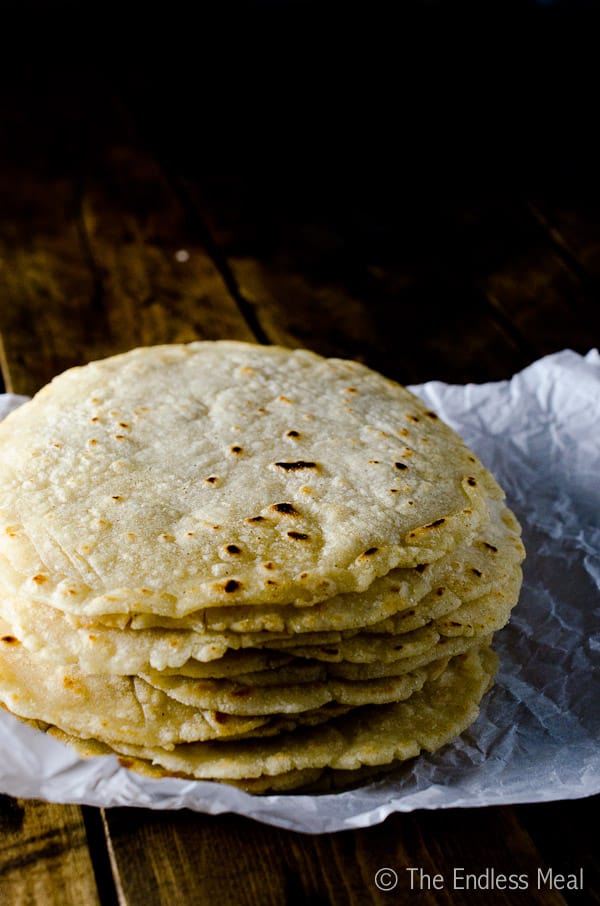 These tacos are made with homemade tortillas and if you have the time I totally recommend making them. They're kind of insane how good they are. Like, who-even-needs-the-rest-of-the-taco-stuff-when-you-have-these kind of insane. Kidding. Sort of.

They're super simple to make but they will take you a few minutes. If you're in a rush you can sub some store-bought ones as long as you promise me you'll make them one day soon. 🙂 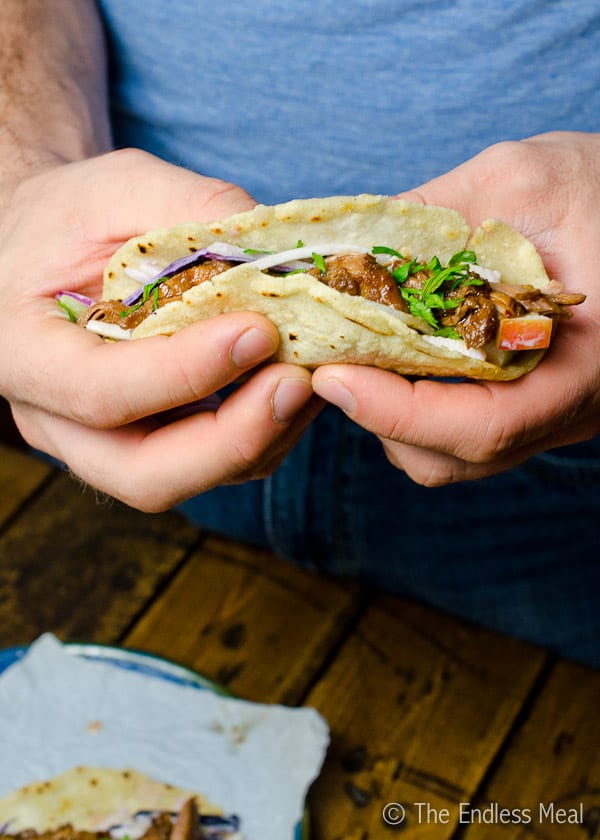 The recipe will give you more pulled pork than you'll need for the tacos. Trust me, you'll be happy about this. If you have leftover coleslaw you can put it on a bun with the pork and some mayo and have yourself a crazy delish sandwich the next day. 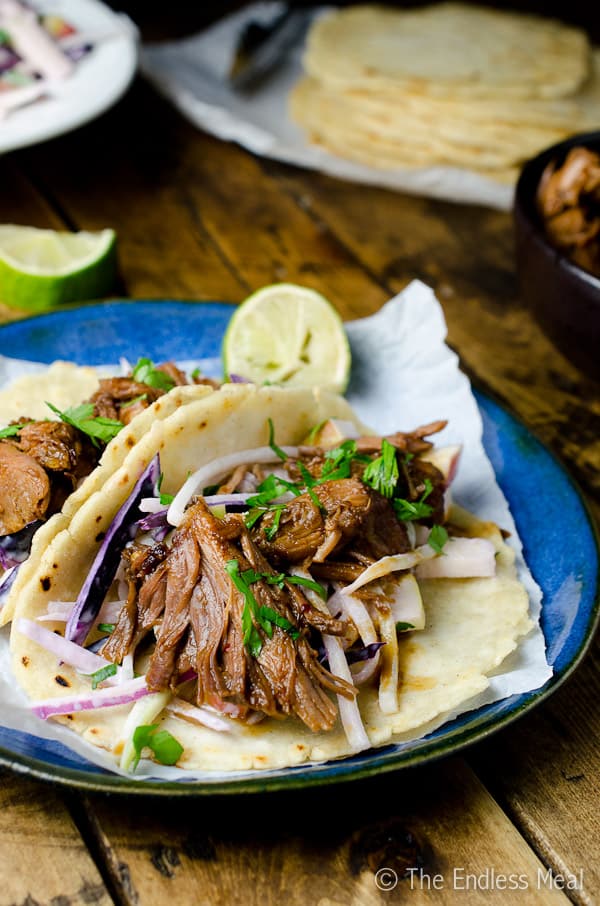 For the pulled pork:

For the pulled pork: