Cooking Up an Income – October Profits 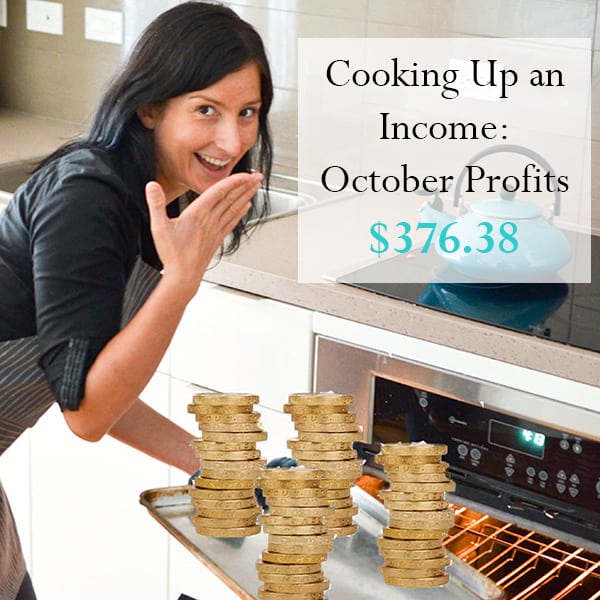 The Endless Meal saw about a 20% growth in traffic over September. Yippee! The reason for the growth is likely due to an additional post being put up (6 in October vs 5 in September) and the popularity of the Flourless Peanut Butter Cookies post. 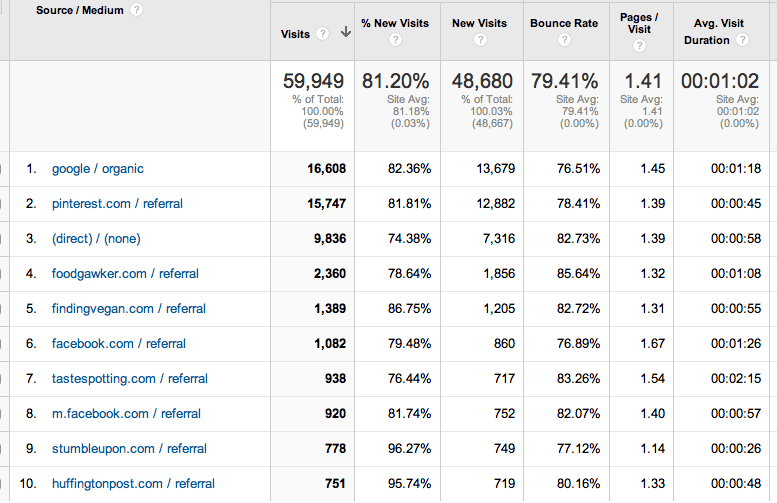 I wanted to show you where the traffic was coming from in October specifically so you could have a look at number 5 on this list.

I think it's easy to think that the two big food sharing sites (Foodgawker and Tastespotting) are the only ones worth your while. While they do drive a lot of traffic my way, Finding Vegan sent more people to The Endless Meal in October that Tastespotting did. Thanks, Finding Vegan!

Also, I wanted to let you guys know about ….

I decided to team up with Ziplist a few months ago.

So far they have driven a small amount of traffic this way and I've only made enough to buy a cup of coffee this month from the advertisements shown on my Ziplist page. But … I think that the benefit to my readers of being able to save recipes is enormous and was the driving reason why I decided to team up with them.

Let me know if you have any questions about this month's Cooking Up an Income Report!

posted by Kristen Stevens on November 8, 2013

5 comments on “Cooking Up an Income – October Profits”