Cooking Up an Income: June Profits 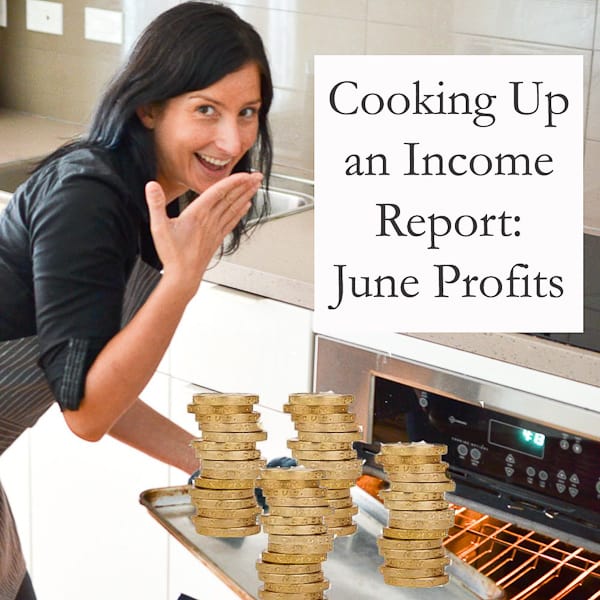 #1 lesson learned this month: if I go away traveling for 18 days and don't work on the blog, it will earn less money. Rocket science, I know. The original plan involved me updating and posting as usual, but sometimes technology doesn't work as it is supposed it, which means I couldn't work as I planned. If I wasn't traveling through two gorgeous tropical countries, I might have been more concerned about this than I was.

What has been interesting to me is how long it is taking for the ‘numbers' to rise. You know, the numbers that represent fabulous people who stop by to check out The Endless Meal.

The other interesting observation I had was how consistently the number of fabulous people who stop by The Endless Meal continued to do so in my absence. Feeling the love over here 🙂 Thank you!

One thing seems pretty obvious: the affiliate programs are not working. For the past three months they have not made a dime, not even a single penny. I think it is time they go. Now, it is time to start searching of more effective ways to use the space on the right-hand side of the blog.

What behind the scenes at The Endless Meal looked like in June:

Lesson learned: blogging regularly adds up. The more posts you put out, the more people will continue to stumble upon your blog, even if you stop posting for a while.
Tips:
I would love to hear your thoughts and comments if you are learning how to start a blog or trying to grow it. If there is something I haven't covered here but you are curious about, just ask!
If you're are just plain old hungry, check out these  fried sweet potato fritters; they're one of my faves!

If you are interested in reading more about this series, check out:

One comment on “Cooking Up an Income: June Profits”