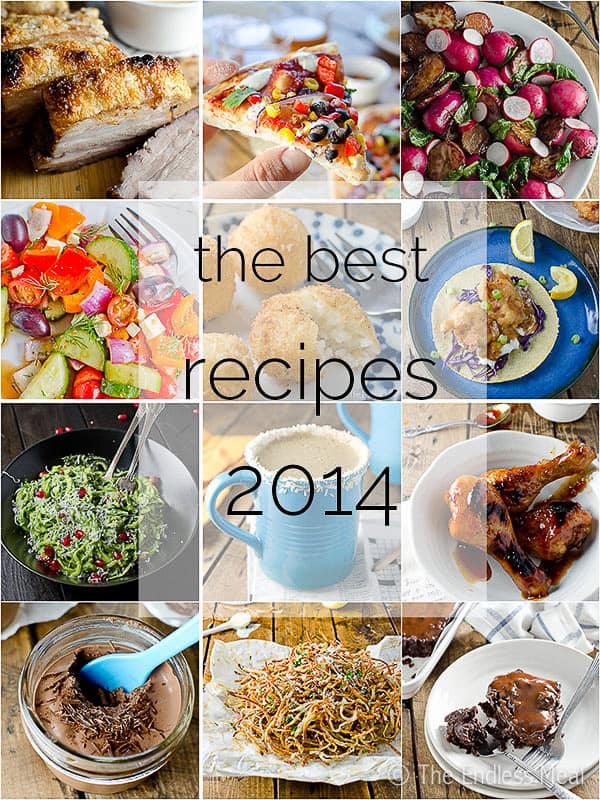 Choosing the best recipes on The Endless Meal this past year was not an easy task. I only ever share recipes with you guys that I really love, so narrowing down the 87 posts in 2014 to the best 12 was a bit of a challenge. Some of the recipes here, like The Best Greek Salad, are my personal favorites. Others, like the Crispy Boursin Arancini, received some of the highest visits during the past year. And good choice, guys. Those deep-fried balls of risotto are delish!

Kicking off the year in review is a healthy salad that still remains one of my favorites.

Early last year I went to Sayulita, Mexico and came back wanting to eat fish tacos every. single. day. The light and crispy batter is totally worth pulling out your deep fryer or pot of oil for.

This sweet and slightly spicy glazed chicken was one of your favorites for 2014.

This post took off after begin featured on Finding Vegan. It's also my go-to vegan dessert recipe that I've altered slightly many times by adding cinnamon, chili flakes, and even tonka beans.

This was the most popular post in 2014 on the blog. It received more than 19,000 hits from Foodgawker alone (amazing, right?!) And I have to say that you guys have really good taste. These are one of my favorites too.

I am in love with this recipe. As we all know pork belly is one of the best things ever (hello bacon!!) and when it's slow roasted until it melts in your mouth it is crazy delish.

Sautéing radishes was new to me this year and, 'cause I tend to obsess over things, I must have made this recipe a few dozen times this summer.

I know zucchini in brownies sounds strange but it makes them super fudgy and delicious.

This healthy pizza (which can easily be made vegan) was a hit on the blog this year. My favorite part of it is the sweet and spicy sauce.

This post took off after being featured on Paleo Living Magazine. It's paleo, vegan, and best of all, delicious. 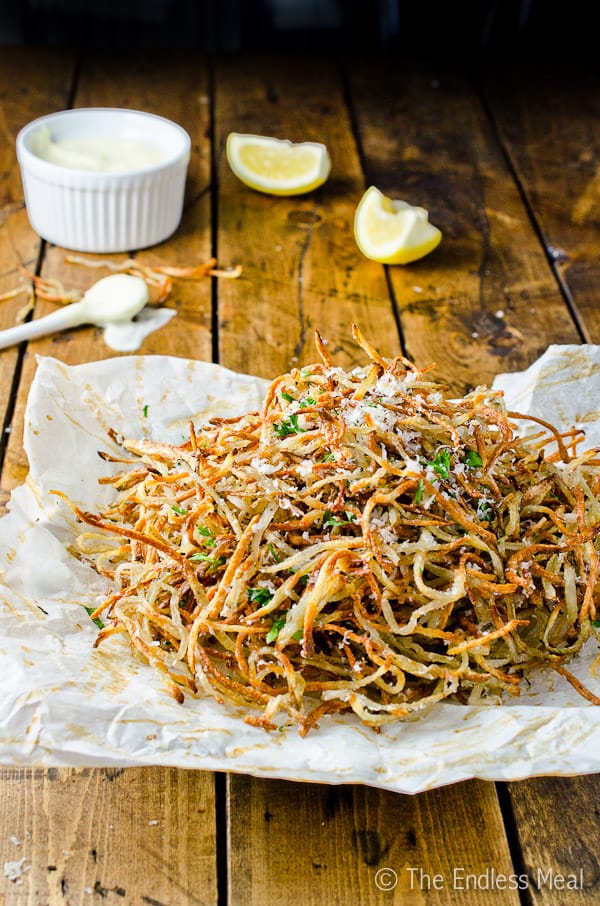 I loved this one, and so did you guys. The crispy little fries with lemon aioli were crazy good.

This paleo, vegan and all around healthy dish is one of my go-to dinners. It also became one of the most popular recipes on the blog this year. Good choice, guys!

Thanks for being a part of The Endless Meal in 2014!

posted by Kristen Stevens on January 2, 2015